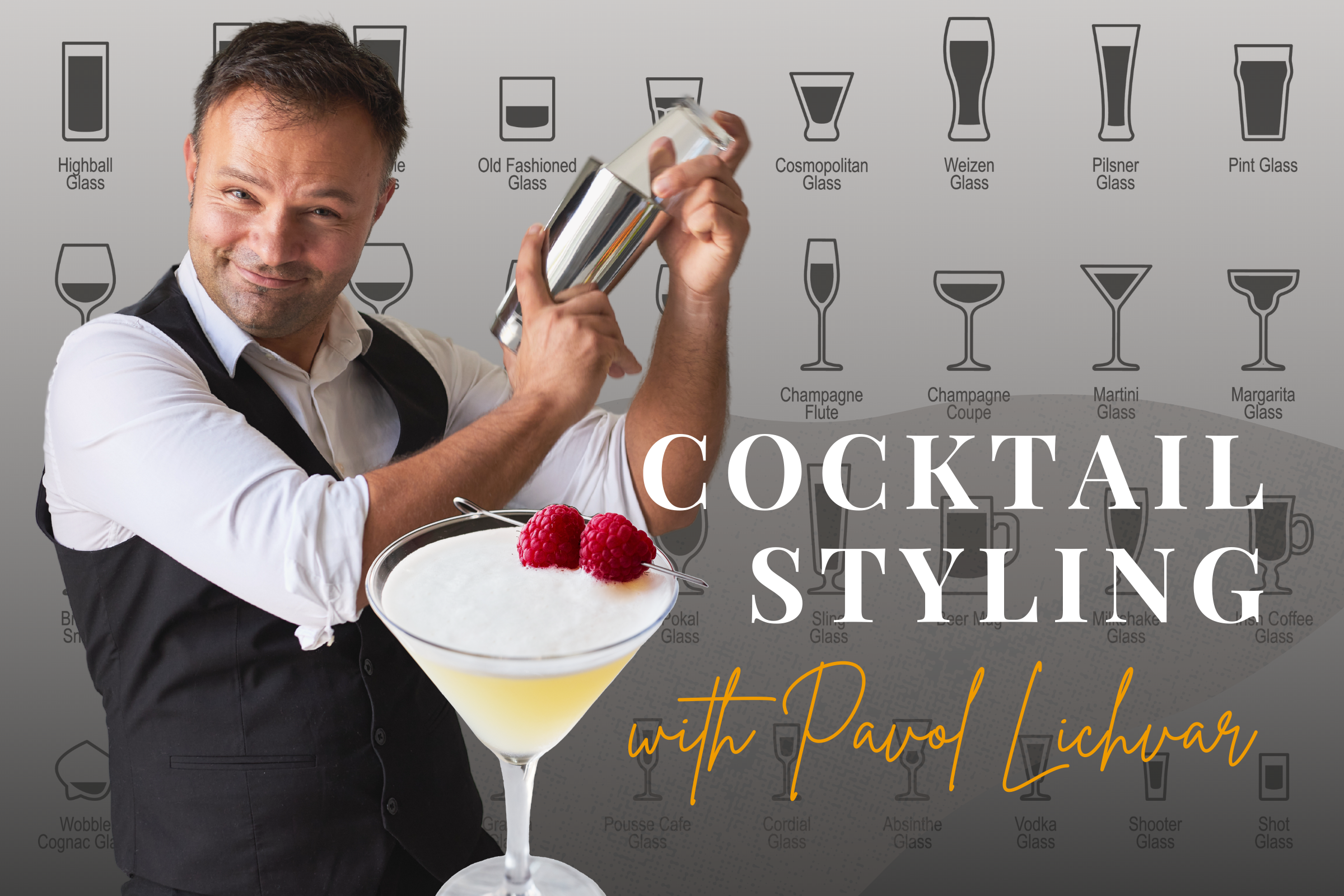 How to build the cocktails

How to photograph cocktails

Type of lens and the distortion

Tips and tricks for photographing cocktails

How to retouch cocktail images

How to retouch foam

Get creative with cocktails

In this lesson, we will speak about the basic spirits for cocktails.

These spirits – vodka, whisky, gin, rum and tequila, are the base ingredient for preparing the cocktail – . while wine, been, cider or brandy are listed among other spirits, which we don’t include in this course.

When you create new cocktail recipes, you can combine these spirits with

Additional notes for this lesson

Finally, a couple of things to keep in mind. Some of the recipes might contain raw egg yolks. Make sure, the eggs you use are biological, however, it is not advisable to prepare cocktails for whose with impaired immune systems, the elderly or pregnant women.

A sprinkling of nutmeg on the surface should be avoided by migraine sufferers.

As previously stated, one measure is 25ml (1fl) = 5 teaspoons

A dash is a dribble that escapes from a bottle, when it is very quickly tilted over the shaker or jug. This whole operation should take less than a second.