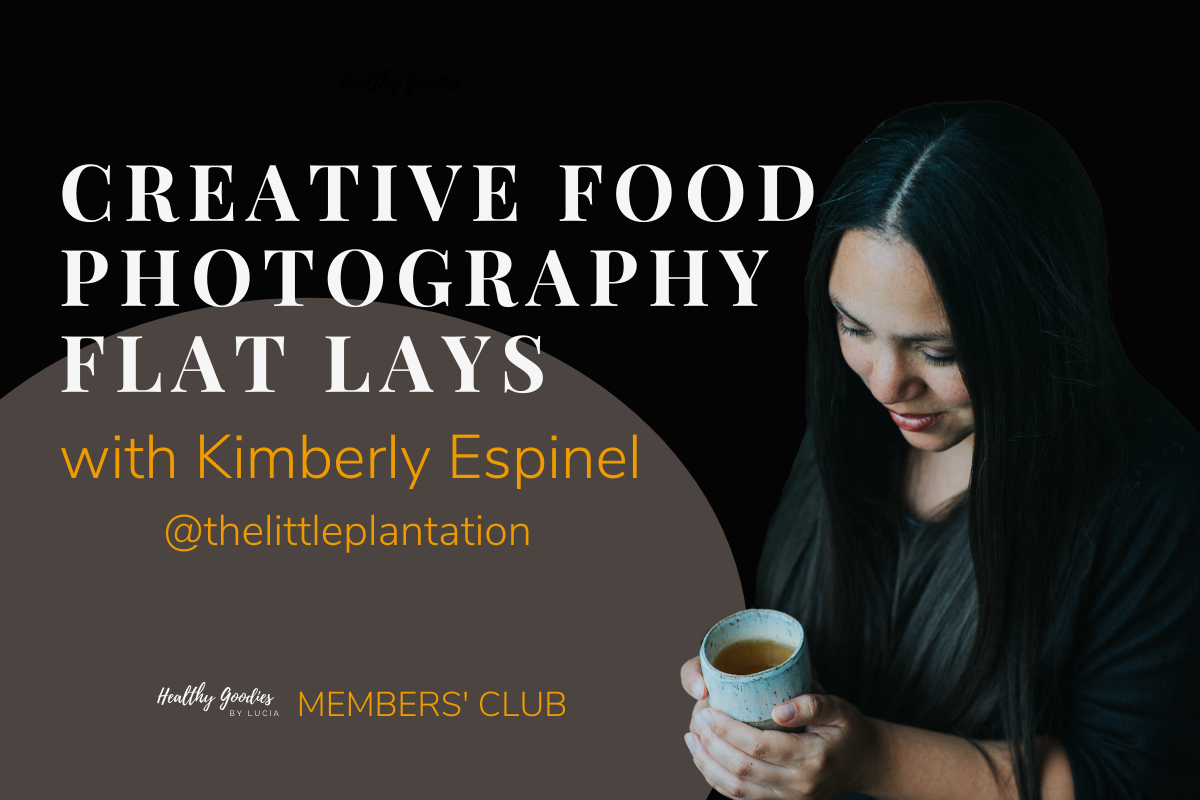 Your creations from the assignment

Watch the replay of the live call

Let’s talk about the distortion in flat lays.

Does it sound familiar? You take a shot of a flat lay, but the objects on the sides are somehow falling out of the frame and food looks a bit weird.

The distortion is happening always, no matter if you shoot from 45° or 90° camera angle. This happens due to the lenses we shoot with. There are two distortions that you need to know about, and you can read about them in this lesson from the Photography Fundamentals Course.

This image was shot with a full-frame camera and 50mm prime lens.

Can you see the distortion in this image?

You can see it on the glasses, in the bottom right corner, you can see it also on the tea pot and on the bottle with the flowers.

But, the height of the objects is not the only aspect that influences the distortion.

There are a few other elements that create a perspective distortion in the images:

1. Focal Length of the lenses

Focal length will influence the perspective distortion also.  The higher the focal length of the lens, the less distortion will appear in the images. And vice-versa.

If you are using a lens with a lower focal length – you will notice more distortion in your images.

When we start with food photography, we are limited to the tools we have. Sometimes you use a wide-angle lens to capture macro shots, but the food in such image does not look exactly the same as if you captured it with a 100mm lens for example. This leads me to another point: the distance between the scene and the camera.

2. The distance between the scene and the camera

It’s important to know that the closer you are to the scene, the more distortion you will notice in the images. And the further you position the camera from the scene, the less distortion will appear and the food looks more real.

So, to come back to the situation, when you need to use the wide-angle lenses for macro shots, you can eliminate (partially) the distortion by positioning yourself further from the scene and you will crop the image in post-production.

Have a look at the the video below. You can see two images, that were were taken with the same focal length but at different distances from the food (the one I shot from further, I cropped in Lightroom to be exactly the same as the first one).

In this video, you can notice how much the image changes due to the distortion. You can see it on the main subject, in the height of the bottle in the bottom right corner, in the apple in the bowl, how it changes the size but also on the pumpkin, how it changes from first to the second image.

The images above were shot with the same focal length, but with further distance from the subject and I cropped the image after in Lightroom. You can see that the food at the second image, looks more realistic, and there is less distortion than in the first image.

How to correct the distortion in the images:

Even if you can correct the perspective distortion in your images, you can’t completely eliminate it.

Here are some of the tips that help you avoid the perspective distortion:

Recommended lessons to go through: